Leave a Review for Infinity Kids 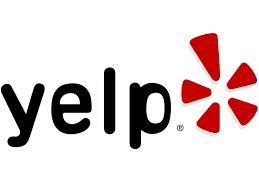 “As a parent to a child that requires diligent care in terms of OT, PT, and Speech, we have struggled to find consistent levels of therapy in terms of quality. Infinity Kids is exactly what we have been looking for. They have talented therapist that LOVE what they do. It shows in their readiness to help. They take the time to listen to your concerns and work as a team to come up with an appropriate treatment plan. We knew we needed a strong foundation for our son when he started and we are able to come 3x a week to really help him grow and thrive. Our son loves it here! He is always happy to go and when he leaves we can see the wonderful effects of the session through out the day. If you had to choose any where to have your child go for therapy, this is the place.”

“Infinity Kids is WONDERFUL. Both of the owners are amazing and the facility is beautiful. My son has been seeing Amanda for feeding therapy and she has helped us so much. My son is 10 weeks old and has had a very difficult time both bottle and breast feeding because of his oral anatomy. We have been seeing many specialists such as multiple lactation consultants, an ENT specialist, an infant chiropractor, a pediatric dentist, a craniosacral therapist, and an occupational therapist. Honestly, Amanda has been the biggest help of them all and I really wish we found her sooner. Not only is she using her skills and knowledge to help him bottle and breastfeed successfully, but she explains WHY he hasn’t been able to. This was so important to me because it gave me peace of mind to finally get an answer as to why he’s been having such a hard time. It made me more hopeful for him and gave me more motivation to keep trying. He has definitely been improving since we started going to Infinity Kids and we will continue his feeding therapy here because I truly believe that they have helped him the most during this difficult journey. I have faith that he will be able to breastfeed one day with the help of Infinity Kids!”

“I cannot say enough amazing things about Infinity Kids! My 5 month old son has had challenges both nursing and taking a bottle since he was born. We have been working with a lactation consultant for 5 months but continued to face challenges. When a friend passed along Infinity Kids’ information I wasn’t sure what to expect since I had never worked with an Occupational Therapist before. From the second I walked into the office I felt an amazing sense of comfort. The office is so cute (and clean for this OCD mamma)! The staff were extremely knowledgable and supportive and I left that day with a new sense of hope. I would highly recommend Infinity Kids to anyone who is looking for supportive services or even just a launching place to help point you in the right direction!”

“From the moment our son met Carrie, he took to her immediately. Through her warm, caring and patient demeanor, she was able  to really connect with him. Carrie is very knowledgeable and is always willing to try something different or new, in order to get him to engage. She is also very helpful in giving suggestions for home activities to support all of the hard work they do during sessions. Carrie’s commitment and genuine care for all the children she works with is what makes her truly special and we are so happy to have had the chance to work with her.”

“My daughter has been slow to hit a few milestones including sitting up, crawling, standing, and walking. Shannon, the physical therapist, has been so great with her and makes the time they have together so much fun by singing and playing while incorporating strengthening exercises my daughter needs. Everyone that works there is so kind and makes you feel welcome. We drive almost an hour 1 time a week because the services they provide, along with their genuine care for children is like no other place I have seen. We love Infinity Kids!!”

“Almost 4 years ago the doctor diagnosed my youngest son with cancer, to be more precise, leukemia. I never thought I would need psychotherapy to deal with and process what I was going through, until the last stage of my son’s treatment. I began to feel worse having fears, and a lot of anxiety. It was fated that I found Belen. With her family-centered and warm approach, Belen taught me to see things in perspective, objectively, and most important she helped me regain balance.”

“When Wyatt W. came to Infinity Kids over a year and a half ago, he had great difficulty expressing his basic needs and wants due to a language delay. He also demonstrated limiting attention and could only engage in tasks for a few seconds at a time. During speech sessions, we would utilize the gym so that he could release some energy and calm his body while working on increasing vocabulary. For example, building a block tower and crashing it down helped Wyatt learn basic concepts such as big/little, short/tall, colors; verbs such as run, stop, crash, build; and prepositions such as on top, under, and next to. His joint attention improved drastically and he learned how to request his wants by using preferred manipulatives such as cars, the swing and the monkey bars as incentives. Wyatt has come a long way with his therapy and has increased his vocabulary to over 125 words, is able to request items using 2-5 words such as “I want car wash please”, and can attend to tasks for over 8 minutes. Collaboration between Speech and Occupational therapists has been invaluable to Wyatt’s success here at IK.”